Brooklyn NY – Hundreds of Brooklynites joined LGBTQ Youth at Barclays Center for a march across Downtown Brooklyn on June 17, 2020 during Pride Month to decry Black Trans Lives Matter, demanding justice for all victims of police brutality, making also a loud call to defund the NYPD and invest in communities.

The rally came just days after two Black transgender women were killed in Ohio and Pennsylvania, each of which are being investigated as homicides.

Violence against the transgender community often goes unreported or misreported, as a result of authorities, media reports, and family members misidentifying the dead, the Human Rights Campaign said.

The march and rally gave trans and gender non-conforming people the opportunity to mourn lives lost, and to vocalize their demand for justice and fair treatment. 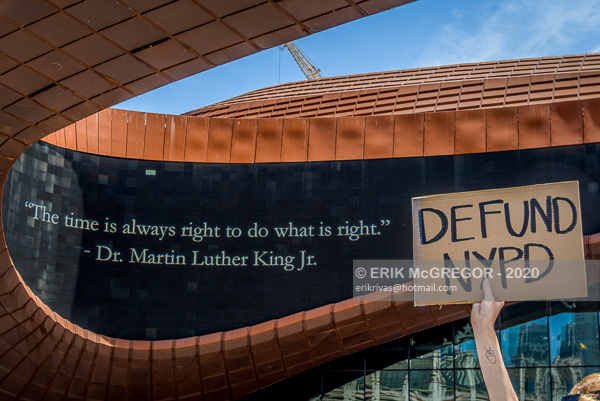