Brooklyn, NY – Hundreds of Brooklynites joined Democratic candidate for U.S. House New York District 7, Paperboy Love Prince for a massive march across BedStuy and Bushwick on June 12, 2020 demanding justice for all victims of police brutality, making a loud call to defund the NYPD and invest in communities.

Paperboy Prince, who also goes by “Paperboy Prince of the Suburbs” on stage, has launched a campaign to unseat longtime incumbent U.S. Rep. Nydia Valazquez, who has held a seat in congress since 1993. Registered as a Democrat, he will take on Valezquez in the 2020 primary.

Prince is already trying out that strategy by holding voter drives at his shows and releasing songs about the primary issues of his campaign, like his support for a universal basic income, which Yang has made a benchmark of his platform.

The candidate, who also works as a web developer, said his approach is to bring to politics what he sees is lacking in career politicians like Valazquez.

The 7th District includes a large swath of Brooklyn, including Prince’s native Bed-Stuy, and a small part of Queens and Lower Manhattan. Prince is joined by Republican Avery Pereira in the race.

The issues that are most important to him, Prince said, are climate change, immigration reform, transportation and dealing with the city’s housing crisis. 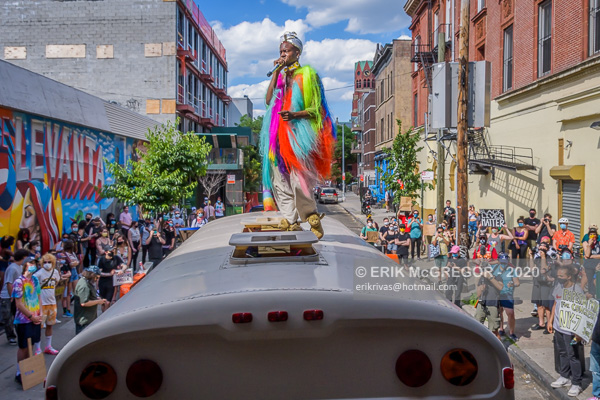