No War With Iran Day of Action

New York, NY – On January 9, 2020 hundreds of anti-war activists joined Iranian-Americans, Muslims, and communities of color in a rally at Foley Square to send a clear message: New York stand against endless wars, going to war with Iran and sanctions; demanding de-escalation and peace.

Trump’s reckless action has needlessly endangered countless lives of U.S. troops, Iraqis, Iranians, and countless other civilians. The devastation that a war with Iran could bring upon the earth and humanity cannot be overstated—millions of lives hang in the balance. None of us will win, except politicians and corporations.

Even more resources that our communities desperately need will be wasted on unnecessary violence. People in the United States and across the globe are tired of war—from the military families who have seen multiple generations serve in the same conflict, to the Iranian, Iraqi, and Afghan families in the United States who worry for their loved ones back home.

When Trump acts with ignorance, fear, and ego, we will act with diplomacy and prioritize what is best for humanity. We are the majority. We stand united. And we oppose Trump’s war with Iran. 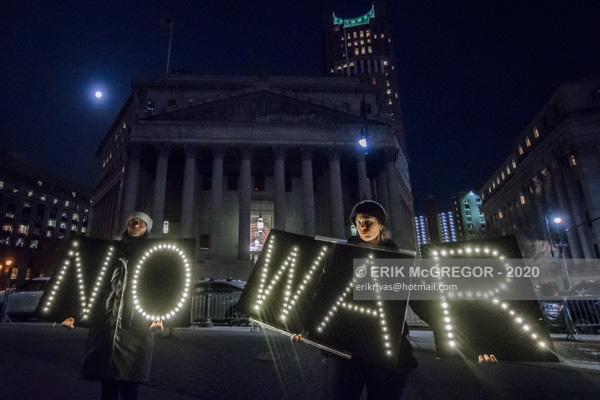