Despite the increasing interest and visibility in Trans and Gender Non Conforming issues in media and popular culture, we are still seeing unprecedented levels of violence against our communities.

This year alone, 13 Trans people of color mostly trans women, were murdered. Additionally, in a recent report by the NY Anti-Violence Project, in 2015 there was a 20% increase in report of homicides against LGBT people, 62% of the LGBT homicide victims were people of color and 67% were Trans and Gender Non Conforming.

The 2019 Trans Day of Action calls for an end to such hate violence and TGNC erasure during Pride season. The event included performances and speeches from TransJustice and local community members. 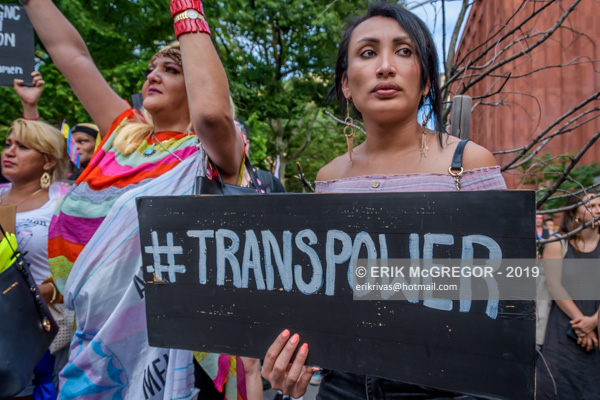