Whitney Museum: No Safe Space for Profiteers of State Violence

New York, NY – Activists took over the lobby at the Whitney Museum of American Art on December 9, 2018 to protest and demand the removal of the museum’s board of directors Vice Chairman Warren B. Kanders. Kanders is the CEO of Safariland, a corporation that manufactures the tear gas used against migrant families presently at the U.S.-Mexico border.

Last week, at considerable risk to their own jobs, more than 100 staff members at the Whitney Museum of American Art issued a public statement of concern about the fact that Warren B. Kanders sits on the museum’s board of directors as Vice Chairman. Kanders is the CEO of Safariland, a corporation that manufactures “law enforcement products,” including the tear gas used against migrant families presently at the U.S.-Mexico border, as well as demonstrators in Ferguson, Standing Rock, Oakland, Egypt, and Palestine. Safariland is also a service provider to the NYPD.

The Whitney staff’s letter, which called for the removal of Kanders, was met with two public responses. First, Kanders himself proudly defended the work of his corporation, stating that it merely produces the weapons rather than deciding how they are used. “I am not the problem that the authors of the letter seek to solve.” Museum Director Adam Weinberg then issued his own response in which he dismissed the concerns of his staff and condescendingly reminded them that that “staff does not appoint or remove board members.” In other words, he told them to know their place, play their role, and stay in line.

We commend the efforts of the Whitney staff, and recognize the courage displayed and the risk they have taken in organizing and speaking out. Today, we assemble to make it it known that as broad public stakeholders in the Whitney, we too refuse to tolerate the presence of Kanders on the board of the museum. Many of us, our families, and our communities here and abroad have been on the receiving end of the products made and marketed by Safariland and its numerous subsidiaries like Defense Technology. This is unacceptable to us, and the museum leadership will be held accountable.

Weinberg celebrates the museum as a “safe space for unsafe ideas.” Yet by standing with Kanders and Safariland, he actually affirms that the museum is a safe space for those profiteering from state repression, settler colonialism, white supremacy, and anti-black violence. These are the forces that create systematic unsafety and perpetuate death in the very communities the museum claims to serve, communities to which many staff at the Whitney belong. As the staff letter puts it, “Many of us feel the violence inflicted upon the refugees—and against mostly-POC protesters in Ferguson, and mostly-Indigenous protesters of the Dakota Access Pipeline, just two of many other instances of militarized tear gassing of unarmed citizens—much more personally than it seems to affect leadership. For many of us, the communities at the border, in Ferguson, in the Dakotas, are our communities. We read the Hyperallergic article [reporting Kander’s connection to Safariland] and felt not annoyed, not intellectually upset—we felt sick to our stomachs, we shed tears, we felt unsafe.”

Weinberg writes “Even as we contend with often profound contradictions with our culture, we must live within the laws of society and observe the ‘rules’ of our museum…” Law is not justice. Need we remind Weinberg that “the laws of society” have included the legal sanctioning of slavery, the Indian Removal Act, Jim Crow laws, and ongoing practices of land theft, mass incarceration, detention, deportation, and gentrification, to name a few?

By standing with Kanders, Weinberg has drawn a line in the sand. On one side of the line is the rule of ballistics, riot gear, handcuffs, borders, cages: instruments of death and disaster, extraction and displacement, policing and prisons, profit and power. NYPD, IDF, ICE, DHS. The emblem of that side is the tear gas canister. On the other side, against the toxic clouds produced by Safariland, we burn sage. Smoke that protects and heals, smoke that remembers and honors, smoke that chokes the powerful but smells sweet to us as we assemble for freedom and dignity.

We amplify the demands of the staff of the Whitney Museum in their letter, beginning with the removal of Warren B. Kanders from the board of trustees. We encourage Wienberg to reverse course, to move with rather than against the historical currents of justice. The entire institution of the Whitney is facing a broad crisis of legitimacy. This is just the beginning.

THIS ACTION IS AUTONOMOUS FROM, BUT IN SOLIDARITY WITH, THE EFFORTS OF WHITNEY STAFF TO HOLD THEIR INSTITUTIONAL ACCOUNTABLE

When the administration of the Whitney Museum sides with Warren B. Kanders and Safariland, it stands with the forces of state violence in the United States and abroad–and against the demands put forward by the Migrant and International Call to Action for the Refugee Caravan and Central American Exodus. These are their demands as articulated on November 25, 2018:

1.Respect for the right of asylum for all members of the Central American Exodus. Stop the profiling and criminalization of refugees; lift the executive order limiting access to asylum.
2.Process all asylum claims made at Ports of Entry with expediency. We reject Custom and Border Protection’s claim that Port of Entries lack capacity to let in refugees. We also reject the shift away from decades of international asylum agreements that allow for requests to be made anywhere on the border.
3.The US government must publicly acknowledge a) its role in Honduran Coup in 2009, b) that the Honduran government is a US supported dictatorship, and c) recognize the political and social crises throughout Central America as caused by US foreign policy.
4.Call for international solidarity beyond the US and Mexico. The United Nations and Red Cross must also recognize the Humanitarian crisis at the US/Mexico Border.
5.We demand freedom for incarcerated migrants now and free movement for asylum seekers. No incarceration of migrants in shelters or for-profit detention centers.
6.No impunity for governments that violate international asylum agreements and processes. Prosecute officials who violate the human right to seek asylum in any country of their preference. 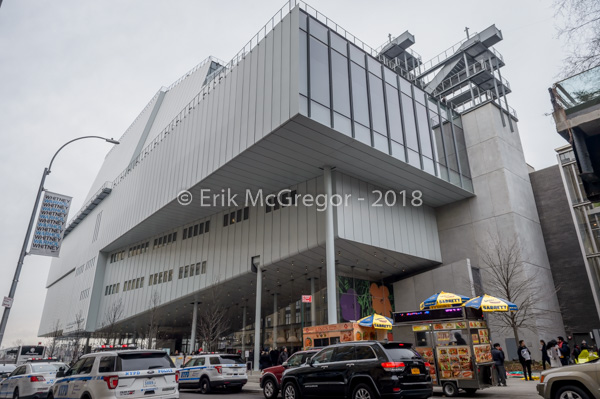