NEW YORK — On May 17, 2022 youth climate activists held a rally outside JPMorgan’s headquarters in New York during their Annual Shareholder Meeting to pressure the bank to heed its investors who are voting in favor of a proposed resolution to stop funding fossil fuel expansion.

JPMorgan Chase is the world’s number one fossil fuel funder, pouring $382.4 billion into fossil fuel corporations since the Paris Climate Accords were signed in 2016.

Just last month, the same youth activists sent a letter to the bank’s CEO Jamie Dimon representing 1,175,000 young people from 120 organizations across the United States to outline their demands for real climate action to curb the oil and gas industry.

The Youth Climate Finance Alliance is a combination of local and national organizations working to hold big banks accountable for their climate destruction and to end their financial support for fossil fuel corporations.

A youth-led coalition with many layers of intergenerational partnerships, YCFA fights for a fossil free future. 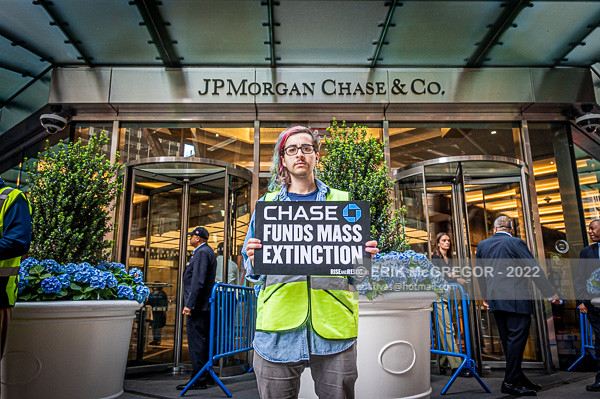