New York, NY – On the heels of the corrected testimony of U.S. Ambassador to the E.U. Gordon Sondland admitting he delivered a quid pro quo message to Ukraine, Members of Rise and Resist gathered at Grand Central on November 5, 2019 for a protest to demonstrate public outrage at Trump and pressure on Congress to “Impeach Now”.

U.S. Ambassador to the European Union Gordon Sondland made a significant change to his testimony to House impeachment investigators this week: He said he now remembers telling a top aide to Ukrainian President Volodymyr Zelenskiy that Ukraine would not receive U.S. military assistance until it committed to investigating the 2016 election and former Vice President Joe Biden, according to a person with knowledge of Sondland’s testimony.

Sondland’s latest testimony — stated in a three-page declaration to the House committees leading the impeachment inquiry into President Donald Trump — represents an update to the testimony he gave in October and contains significant new details.

That includes a fuller accounting of the role he played in personally telling the Ukrainians they needed to cooperate with the demands of Trump’s personal attorney, Rudy Giuliani, if they wanted the aid money.

The acknowledgment was a reversal from his earlier testimony on Oct. 17. It puts Sondland in the middle of what national security officials saw as an attempt by the White House to leverage nearly $400 million in security assistance for investigations that could benefit Trump politically. 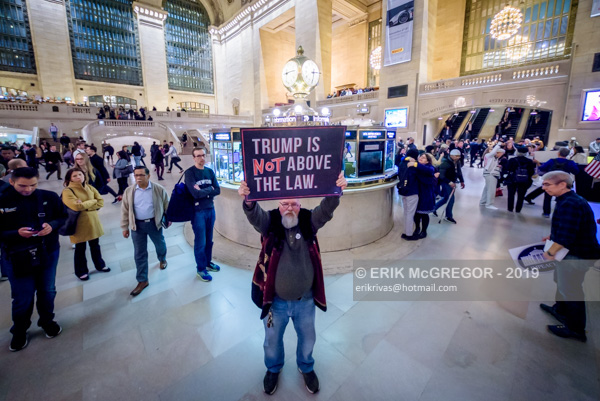