Donald Trump is widely reviled, and everywhere he goes, he will be protested. Trump was recently booed at a baseball game, but NYC will do even better. New Yorkers will be at Madison Square Garden to Trump with boos and jeers when he attends an MMA match.

Until Trump is removed from office, we will protest him every time he sets foot in New York City.

“Trump tries to surround himself with his supporters, but every time he sets foot in public, he has to confront masses of people who are fighting back against his destructive policies,” said Andy Ratto, one of the protest organizers. “We will be out in the streets protesting Trump everywhere he goes, until he is removed from office.”

Trump recently heard a baseball stadium of people boo and jeer him, but NYC can do even better. On Saturday, Trump attended a Mixed Martial Arts event at Madison Square Garden, and a massive crowd out in the streets showed him how unpopular he is. 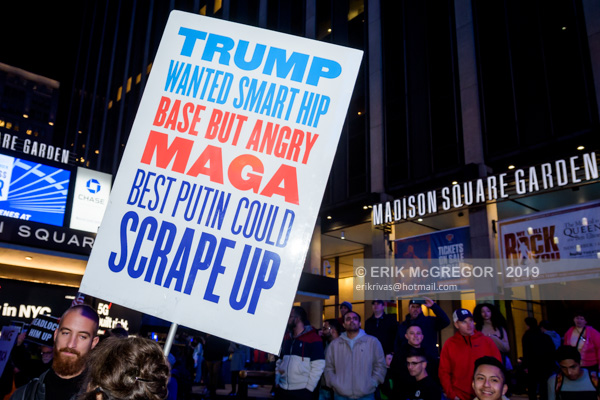