New York, NY – Youth activists from Fridays For Future NYC, along with Peoples Climate Movement NY and many allied climate advocacy groups gathered at City Hall Park on September 24, 2021 for a march to Battery Park.

Youth in New York City and across the globe led strikes as part of climate week, demanding urgent action on the climate crisis and calling on us all to #UprootTheSystem which has allowed imperialism, colonialism, racism and other systemic injustices to harm people around the world and dangerously warm the planet.

The strike will take place during United Nations Climate Week in NYC, where leaders will be converging. The strike will act as both a mass mobilization for change and an opportunity for youth to share their climate demands as part of the lead up to the UN Climate Change Conference of the Parties (COP)26 in early November.

The coalition want Global leaders to act and divest from fossil fuels. With the recent IPCC report, it is even clearer that the solution to the climate crisis is right in front of us – yet those in power refuse to act for the greater good.

The international narrative for the September 24 Global Strike is #UprootTheSystem – amplifying the voices of frontline, marginalized, and Most Affected People And Areas (MAPA), and their experiences dealing with the worst effects of the climate crisis. MAPA and predominantly Global South communities experience disproportionate climate effects due to the historic pollution and extraction by the Global North. 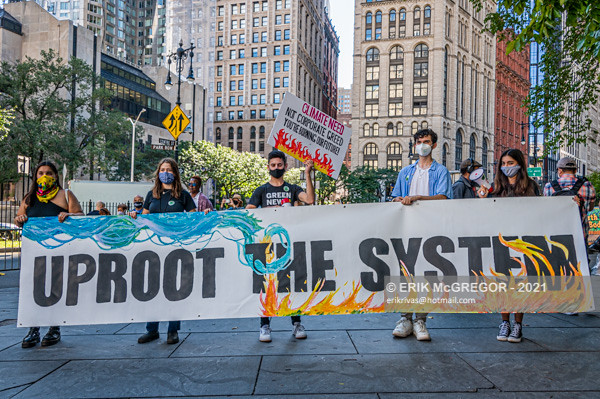