New York, NY – Over a thousand New Yorkers joined pro-choice activist groups and elected officials at Foley Square on May 21, 2019 to take part in a national day of action and across the country for abortion rights at the NYC Stop the Bans Rally.

Across the country, we are seeing a new wave of extreme bans on abortion, stripping away reproductive freedom and representing an all-out assault on abortion access.

This is Trump’s anti-abortion extremism and it’s terrifying, particularly for communities of color and low-income communities who are most affected by these bans.

After decades of making abortion effectively inaccessible across large swaths of the country, the right is trying to make it illegal altogether.

Georgia signed a six-week ban into law, and Missouri passed an eight-week ban. Ohio, Mississippi, and Kentucky passed similar bans. Texas is considering a bill that would make abortion punishable by the death penalty.

In the span of a little more than a week, Georgia, Alabama, and Missouri passed the most restrictive bans on abortion in the nation in an effort to overturn Roe v. Wade. Alabama banned abortion outright, with no exceptions for rape or incest.

But today, people are rising up at “Stop the Bans” rallies all over the country.

When Alabama passed its near-total ban on abortion, the 25 men who voted for it in the Senate didn’t even try to hide their true intention–to control women. 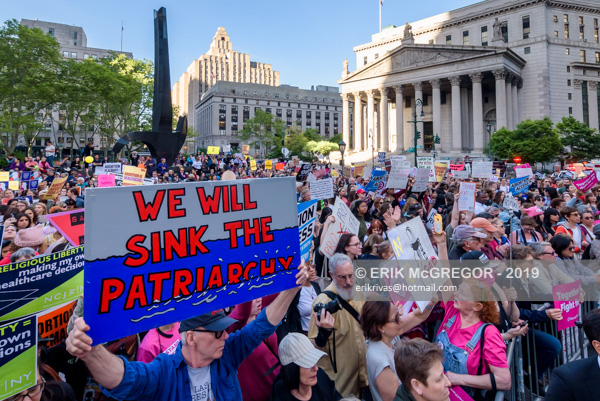