Bronx, NY – Police accountability advocates gathered in front of the Bronx DA office in solidarity with Copwatcher Jose LaSalle as he demands that Bronx DA Darcel Clark re-open an investigation on the officers who perjured themselves to falsified charges against Jose LaSalle followed by a march to the PSA 7 precinct and demand that the officers involved are fired. The city and the NYPD agreed to pay LaSalle $860,000 on a settlement.

In the summer of 2016, activist Jose LaSalle was arrested after he recorded video of police stopping and frisking two men in the Bronx. On a secret recording by LaSalle, NYPD officers in the PSA 7 stationhouse can be heard cheering and accusing him of having committed a felony. His lawyer said the city and the NYPD agreed to pay LaSalle $860,000 after he accused the police of false arrest, imprisonment, and conspiracy.

LaSalle has been videotaping police officers since 2011 to document any misconduct. He began wearing body cameras long before the Police Department outfitted officers with them. He said officers claimed he had a police scanner and even joked that they should hit him with a gun charge.

Police Officers in question and their settlements:

PSA 7 – has cost taxpayers Millions of dollars and still have lawsuits pending.

Federal Lawsuits Since 2015 by case name, year and outcome:

Note: Deputy Inspector “Jerry P. O’Sullivan” Made a personal call to PBBX Assistance Chief “Larry P. Nikunen” and Nikunen made a call to the Bronx DA “Darcel Clark” and told her he believes the ADA (Nicole Fitzpatrick) who decline to prosecute “Jose LaSalle” was inexperienced and made a mistake. The charges against “Jose LaSalle” was reinstated and LaSalle was rearrested.

Jean T. Walsh said that Bronx DA Darcel Clark said that she was not going to prosecute the officer because dismissing the False Charges against Jose LaSalle was enough. 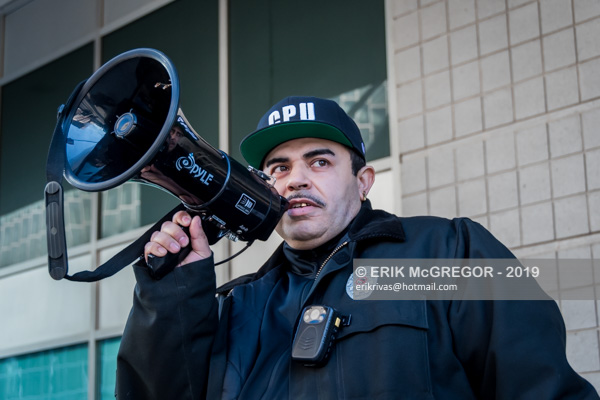