Many people in the piers along the route gave the finger and thumbs down to the flotilla in sign of disapproval.

The foltilla gathered east of the Statue of Liberty at 11am, the Trump Parade started off with the “Pledge of Allegiance” over VHF Channel 82 .

Boaters took it up the Hudson river (west side of Manhattan) heading north to the George Washington Bridge. 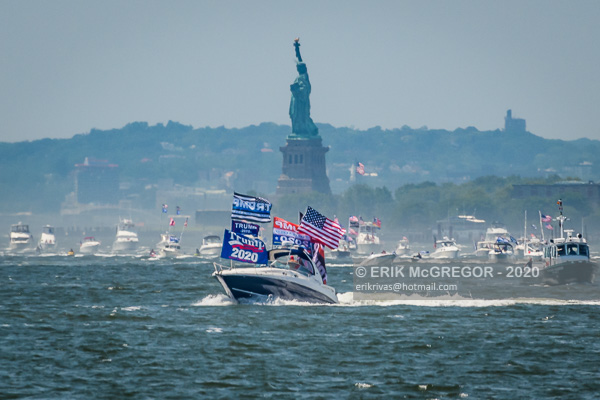