New York, NY – Abortion Rights activists from a number of organizations held a demonstration outside of the Basilica of St. Patrick’s Old Cathedral in SoHo on October 5, 2019 where congregants meet on the first Saturday of every month before marching to the Planned Parenthood clinic on Bleecker Street to pray, and to allegedly harass and intimidate patients as they enter the clinic.

The church is affiliated with other anti-choice groups including Bikers for Life and “fake sidewalk counselors” who attempt to intercept patients and convince them not to enter the clinic.

During 40 Days for Life, a biannual religious anti-abortion campaign that runs this fall from September 25 to November 3, crowds of abortion opponents gather outside of clinics around the world to “pray to end abortion” and attempt to prevent patients from accessing reproductive healthcare.

New York City for Abortion Rights, a grassroots organization dedicated to direct action to defend access to abortion, was joined by activists with National Women’s Liberation, Democratic Socialists of America (DSA), Abortion Access Front, Rise and Resist, and Reclaim Pride to demonstrate in front of the church and delay the abortion opponents in their march to Planned Parenthood.

Abortion rights activists honored the memory of the many women who have lost their lives or been incarcerated because of laws regulating women’s bodily autonomy. Each year between 4.7% and 13.2% of maternal deaths worldwide can be attributed to unsafe abortion.

Here are just a few of the women who lost their lives or faced legal consequences as a result of anti-abortion laws or “pro-life” zealots in state legislature.

Reproductive justice activists will fight for bodily autonomy for all people and for equal access to reproductive healthcare. We will stand up to anti-abortion extremists wherever they appear, especially in this alarming moment when public support for abortion is at the highest level in decades but increasingly conservative state legislators are passing more restrictions on abortion access than at any point since abortion was legalized in 1973. 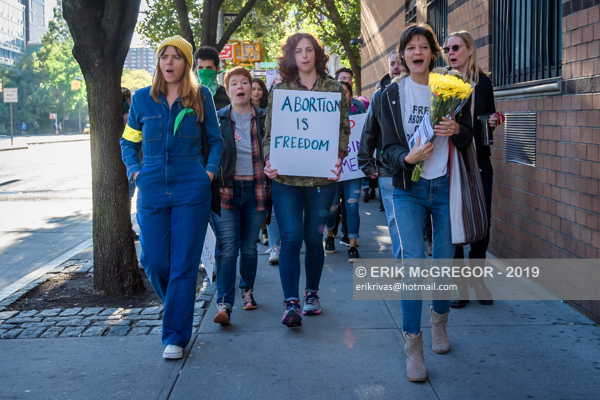