Save the Amazon – Stop Fascism rally

New York, NY – New Yorkers gathered at Bryant Park on August 24, 2019 in Defense of the Amazon and the indigenous peoples, plants and animals leaving within, and for the sake of our global future.

This event marks the beginning of a series of actions that will continue in September against Bolsonaro and for the Climate, around the U.N. Climate Summit.

Big farmers, and agribusiness , are setting fire to large swaths of Brazil that include the Amazon, the Pantanal (or swamp region) of Mato Grosso, a very rich and biodiverse region, and portions of other regions, to clear for cattle raising and soybean planting.

They are also burning down entire indigenous villages and killing indigenous peoples. Their president (not ours!) incited violence and opened up the land for exploitation.

Bolsonaro’s government has also made clear they will lift sanctions for illegal mining, which is killing indigenous groups by poisoning their water with mercury, bringing diseases, and assassinating indigenous leaders further North.

As shown in the news, people are having breathing problems as far as in the States in Minas Gerais and São Paulo, due to the smoke and particles traveling through all the way to the southeast region.

The government tried to dismiss saying there were storm clouds but this is dry season in the region. The day turned into night on Monday at 3PM with ashes and smoke, and there was no denying it. 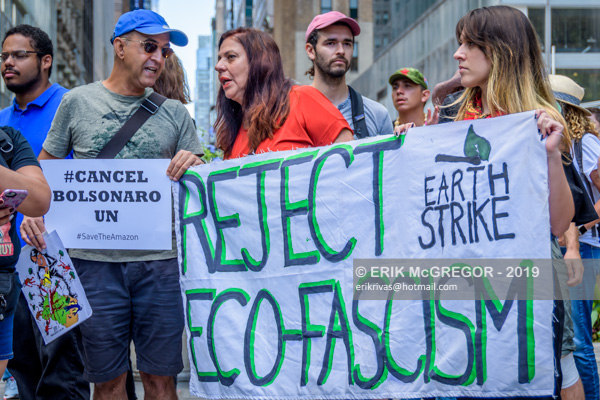