Welcome to the Circus: Fox Clowns While America is Burning

NEW YORK, NY — A group of activists dressed as clowns held a street protest on June 23, 2021 outside Fox News Headquarters in Manhattan. Fox News has been treating our democracy like a circus, so they decided to bring the circus to their doorstep. They lie in order to divide us and to entrench white supremacy. Fox News undermines our democracy, promotes racism, turns our communities against each other and stands in the way of real climate action. Welcome to the Circus: Fox Clowns While America Is Burning.

News Corp owns arguably the most influential news outlets in the US, the UK and Australia. This includes Fox News, Wall Street Journal and New York Post in the US, The Sun and The Times in the UK, and roughly 70% of print media in Australia including the only nationally distributed daily newspaper, The Australian.
Many agree that Murdoch’s News Corp is responsible for eroding democracy in the US, the UK and Australia, dividing people and undermining institutions with lies and populist right-wing ideology through its opinion journalism and biased coverage, or lack thereof on various topics.

Rupert’s son James Murdoch quit the family media empire in July 2020 due to disagreements over certain editorial content published by the News Corp outlets and other strategic decisions. He and many in the public believe that News Corp obscure facts and legitimize disinformation as evident in its climate denialism despite broad based scientific evidence, coronavirus misinformation globally which kept many from taking the virus seriously, and conspiracy theories about the 2020 election results which led to the US Capitol riots.

Murdoch has shown a blatant disregard for the dangers of his media empire’s stoking of hyper-partisanship, outright spreading of lies and conspiracy theories. News Corp outlets have unleashed insidious and uncontrollable forces that will be with us for years to come. This is unacceptable.

News Corp has unfettered access to our politicians, undermines our democracy, promotes racism, turns our communities against each other and stands in the way of real climate action. We cannot hope to achieve meaningful progress while their power and influence remains unchecked (and grows). The need for a democratic and accountable press cannot wait.

The insidious, corrupt, billionaire-run mainstream media outlet is a target that has never been more topical, more urgent or more vulnerable. In Australia, a petition and Royal Commission inquiry was held recently on the ownership and dominance of Australian media by News Corp and its impact on the country’s political landscape. In the US, Fox News faces multiple lawsuits for “giving life” to voting fraud conspiracy theories.

It is going to take much more for News Corp to be impartial, fair and accurate in its broadcast. A corrupt press can’t be separated from the corruption and failures of government. Divided we will fall if no action is taken. 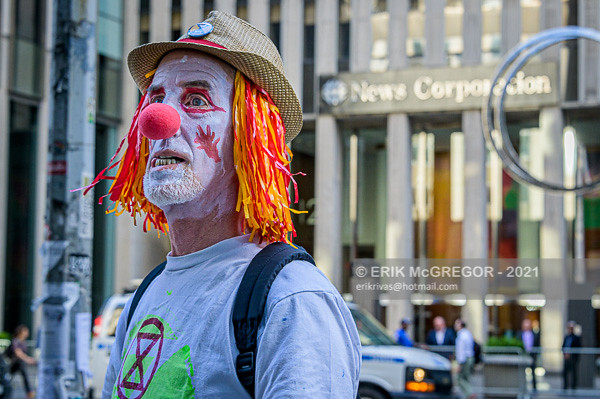