New York, NY – On January 19, 2021 members of the activist group Rise and Resist gathered at the steps of the New York Public Library (42nd St.-5th Ave) holding signs and banners for a public reading of the list of crimes attributed to Donald Trump on both impeachment procedures.

Rise and Resist chose this date because it is Trump’s last day in office. On January 20th he will no longer be protected from prosecution.

Activists called on the Southern District of NY (Audrey Strauss), The State Attorney General of New York (Letitia James), and the Manhattan District Attorney (Cyrus Vance) to “throw the book at Trump” – i.e. prosecute Trump, his organization, and his family members for the crimes they have committed. 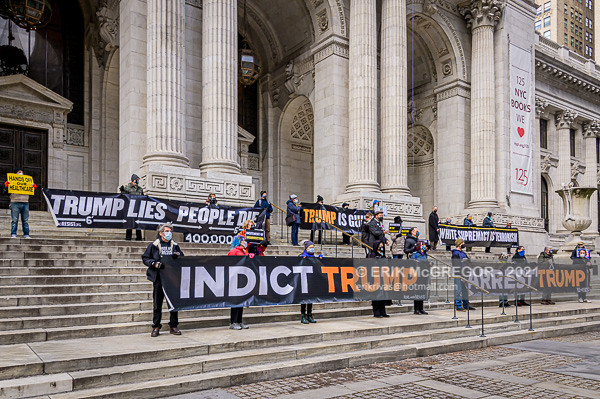