The solidaruty action is taking place on the same day of the main march happening in Washington, DC and organized by the Rev. Al Sharpton and the National Action Network. The march honors the 57th anniversary of the March on Washington for Jobs and Freedom and Martin Luther King Jr.’s “I Have a Dream” speech.

The marches in Washington, D.C. and in New York City seek to amplify the movement against police brutality and racial injustice, which has become the largest protest movement in U.S. history following the police murder of George Floyd in May 2020 and Breonna Taylor in March 2020.

Although the protests had started to die down in NYC and across the country recently, the continued state-sanctioned violence against Black people – the police shooting of Jacob Blake in Kenosha, Wisconsin, for example – demonstrates the need for the movement to continue.

Selu is a Brooklyn-based black and indigenous, queer, trans, two-spirit activist, poet, and organizer. They have been an active protester going on 7 years now and have been making their voice known more recently through their poetry-inspired speeches and black trans centered actions.

Selu believes that spoken word poetry is one of the most powerful ways to make an impact in any movement. Using this craft, Selu hopes to highlight and amplify queer and trans black and indigenous voices and to make conversations surrounding the dismantling of racism and systems of oppression more accessible. 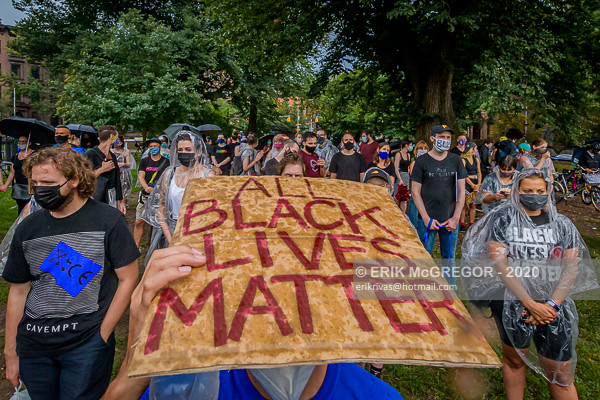