The vote to oppose the pipeline and LNG expansion comes just days before hundreds of North Brooklyn community members will rally near National Grid’s construction site, calling on Mayor de Blasio and Governor Cuomo to stop it.

The company is asking for an additional $185 million ratepayer dollars to finish the current phase under construction in Bushwick and continue the pipeline into East Williamsburg and Greenpoint. The company is also proposing to replace two old vaporizers at the Greenpoint LNG facility for $23 million, construct two new vaporizers for $54 million, and add “portable LNG capabilities at the Greenpoint site that will allow LNG delivered via truck to on-system injection points” for $31.5 million. This totals $293.5 million in rate hikes for this North Brooklyn MRI project alone. They are seeking additional funding for fossil fuel expansion in Long Island.

Elected officials from the NYS Senate, Assembly and City Council are set to deliver a letter to Governor Cuomo and Public Service Commissioner John Rhodes urging them to reject National Grid’s request to expand the MRI project slated for North Brooklyn who has historically beared the brunt of environmental injustice.

Emissions from these types of fuels are particularly toxic for young children. Increasing fossil fuel in general use only further endangers their future with the growing climate crisis. That on top of running this pipeline in proximity to so many schools should automatically disallow this plan. – Tamara Gayer, Brooklyn Arbor P3 Association Co-President. 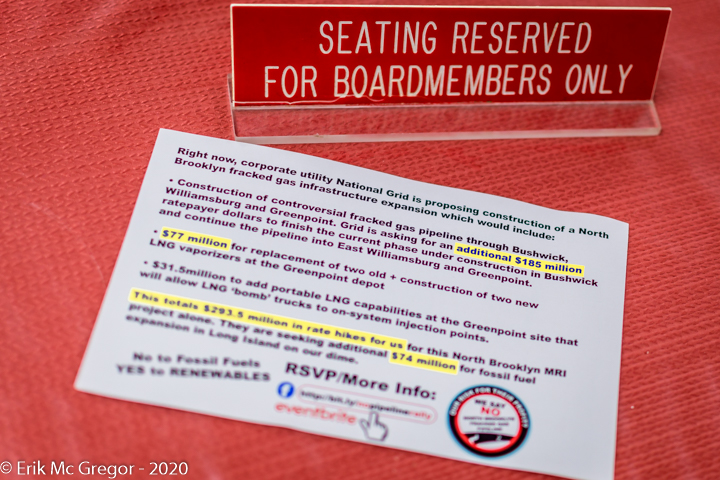