The march follows BAN’s previous borough-wide actions that have attracted over 500 people in years prior.

The demonstration from Downtown Brooklyn to East New York will include rallies in five locations across gentrifying neighborhoods, featuring speakers facing rent hikes, landlord harassment, rezoning, and police violence in their communities.

The City has squandered and mismanaged public assets to enrich developers while the people they serve face impoverishing rents and landlord harassment, loss of small affordable businesses, and crumbling public transit and parks systems.

Our neighborhoods are being torn apart by skyrocketing rents and terrorized by police brutality. Low-to-middle income New Yorkers are being priced out or displaced by gentrification while our city is being made over into a playground for the super rich.

BAN challenges the De Blasio administration and politicians who run on platforms of fighting inequality while perpetuating the tale of two cities. 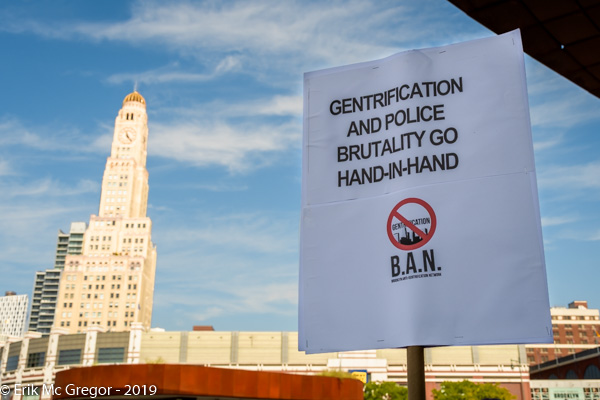