An equally strong counterprotest calling for ONE CHINA was held right across the street.

The Hong Kong Government has proposed a bill to amend the Fugitive Offenders Ordinance, which will allow the Government to extradite fugitive offenders to countries or regions without Extradition Agreements with Hong Kong, including the rest of the People’s Republic of China.

The Bill will also remove the legislature’s power to scruntize such extradition arrangements, thereby centralizing the decision-making to the executives.

This controversial Bill would allow the authorities in the People’s Republic of China to arrest people in Hong Kong, or even confiscate their properties, through issuing Extradition Requests to the Hong Kong Government.

· We join Global Solidarity with Hong Kong who are coordinating rallies in over 30 cities globally including New York, Washington DC, Boston, Los Angeles, San Francisco and Seattle as well as many cities in Canada, Australia and Europe.

· We are marching to condemn the violations of the Joint Declaration and continue to support Hongkongers’ fight for the 5 demands.

· We are marching to condemn the excessive use of Police force and the continued silence of Carrie Lam and the Government to this popular movements demands.

· NY4HK is a broad-based coalition of Hong Kongers and human rights activists who wish to support the people of Hong Kong achieve greater democracy and freedoms within the territory.

The voices of Hong Kong citizens against the changes to the “Anti-Extradition Law” are loud and clear, and the will of the people cannot be suppressed. SAR Chief Executive Carrie Lam Cheng Yuet-ngor should not only withdraw the amendment but also step down and admit to the offence.

If the pro-government parties and government want to force through the “Extradition Law”, not only will it affect Hong Kong’s justice system, but also ruin Hong Kong’s reputation as an international city.

The current Extradition Law was established by the Legislature Council more than 20 years ago, and specifically excludes China. This is not a loophole as pointed out by the Government, but rather a protection against the lack of human rights and the incompetence of the justice system and criminal law in China.

Moreover, the draft on the Extradition Law does not provide enough legal protection to the suspect as the Court can approve the extradition based on surface evidence alone. The legal threshold level is very low, and the Court’s role of reviewing and disapproving of the extradition is very limited. If the amendment is passed, not only will a lot of legal issues remain unresolved, but possibly raise even more problems. Hong Kong, a city that lives by the rule of law, is now facing an unforeseen justice crisis.

The “Chinese style of prosecution”, puts fear in the heart of Hong Kong people. Chinese Courts may only announce trial details the evening before, or even 30 minutes before a trail via Weibo. The official website of the Court never releases any records. Offenders are denied the basic access to defense lawyers, an independent jury and public attendees to the trail. 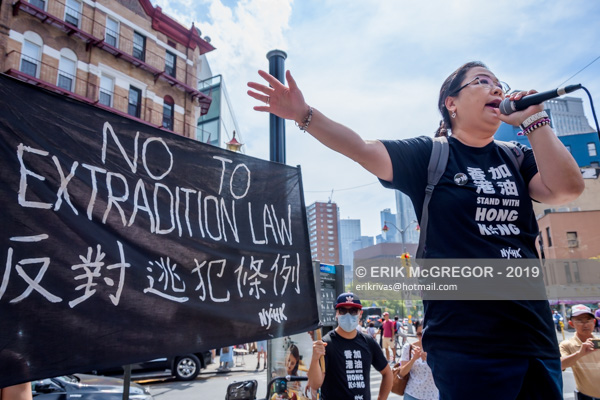