New York, NY – Members of the Sunrise Movement hubs from all across New York state gathered for a raucous rally on August 13, 2019 outside of the DNC headquarters on 420 Lexington Avenue in New York City to pressure the NY members of the DNC to vote for a climate debate when the DNC gathers in San Francisco on August 22-24.

In both rounds of the Democratic primary debates, the climate crisis received only a fraction of air time. The DNC does not recognize that the climate crisis is an all-encompassing issue that affects every facet of life on this planet.

Therefore, the issue deserves its own debate. We need to know which presidential candidate is going to put forth the policies to address this crisis, and half an hour of shallow discussion does not give us those answers.

The DNC must take on the necessary leadership to demonstrate the scale of the climate crisis to the public by hosting its own #ClimateDebate. Particularly, Jay Jacobs, chair of New York State’s DNC, has refused to meet with us or confirm his vote.

Alongside being the chairman, Jay runs camps for kids, who are the most affected by climate change! He hasn’t met with us because he’s at camp, even though we’ve offered to call, and even come up to him! Sunrise Long Island came to his Nassau county office, and now we’re coming to NYC.

We need to ensure that Jay hears us loud and clear: we need strong leadership to fight the climate crisis. The CLCPA was only the beginning, and we need the DNC to stand unified alongside NY democrats and support bold climate action. #WheresJay ??? 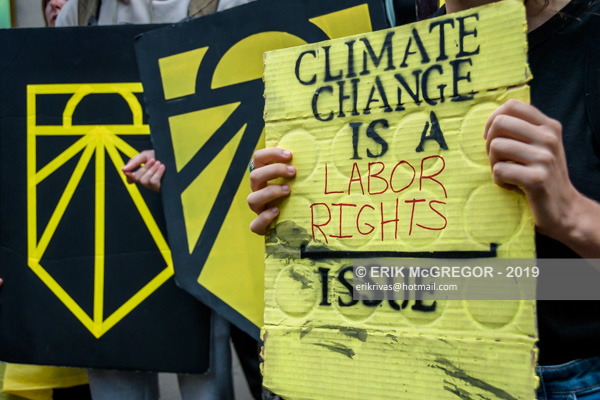