Organized to coincide ahead of the NYC Pride March, both demonstrations commemorate the 1969 riots at the Stonewall Inn, widely considered the pivotal event sparking the gay liberation movement, and the modern fight for LGBT rights.

The Drag March takes place on Friday night as a kick-off to NYC Pride weekend. The event starts in Tompkins Square Park and ends in front of the Stonewall Inn; it is purposefully non-corporate, punk, inclusive, and largely leaderless.

In 2019 the 25th Drag March coincides with Stonewall 50 – WorldPride NYC 2019, anticipated to be the largest international LGBTQ event in history, with many as four million people attending in Manhattan alone; the Drag March will take place June 28, 2019. 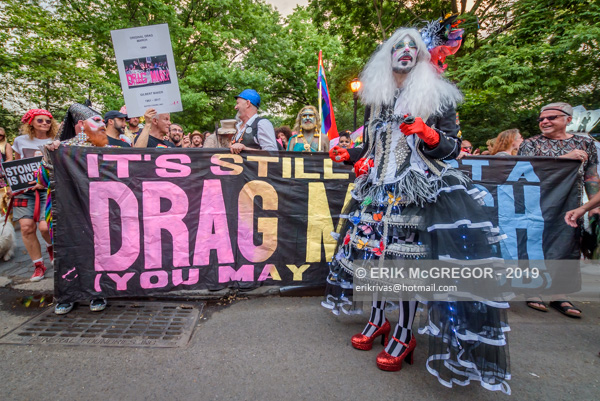